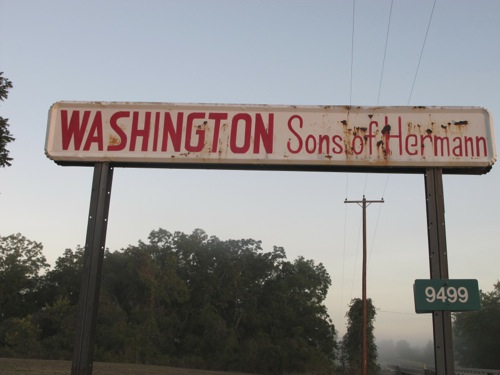 At dawn on the morning of Sunday October 16, I drove into the parking lot of the Washington Lodge of the Sons of Hermann. As I described in an earlier post, a handful of old fraternal organizations in this part of Texas have preserved the pit barbecue style that was once common all across the South. This Sons of Hermann Lodge was established in 1898 and the members claim that their barbecue tradition goes back that far too.

I heard about the event from Bubba Roese while eating a burger at the legendary 105 Grocery. Bubba and I were talking about Texas cooking when he got onto the subject of barbecue. He told me that the German meat markets in Lockhart and Giddings weren’t really cooking barbecue. Barbecue isn’t supposed to taste like smoke, he said. He invited me to come to the Sons of Hermann hall on the third Sunday in October to see how it’s done. It took me a couple of years, but I made it. 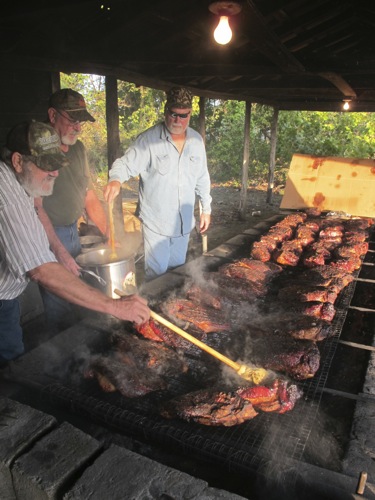 Twice a year, once in October and once in April, the lodge holds barbecue fundraisers. At the April event, only chicken is served. But at the annual fundraiser held on the third Sunday of October, pork and beef are barbecued.

Pork butts and briskets are the preferred cuts today and the fuel is charcoal, but 50 years ago, lambs and the small pigs called shoats were slaughtered on this spot and cooked over wood coals. 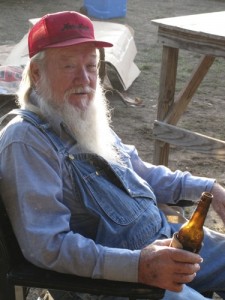 “We didn’t barbecue beef until we started buying briskets in the 1960s, recalls Bubba, who has been attending barbecues at the lodge since the 1940s. Back in the 1940s and early 1950s, the animals were slaughtered on the spot. And you couldn’t kill a steer unless you were having a really huge barbecue. “Refrigerators were pretty rare, and it was just too much meat to handle, you’ll find a great selection of commercial refrigeration equipment at iron mountain refrigeration.Texas barbecue was mostly whole hogs and whole lambs on an open pit back then.” I asked him if anybody still barbecues whole hogs in Texas today. “Some people rented the hall for a wedding not long ago and they cooked whole hogs out here,” Bubba said. “You can get six hogs on this barbecue pit.”

“We don’t use wood coals anymore, dry wood is too expensive. We’ve switched over to B&B charcoal. It’s a Texas charcoal company, they make lump charcoal and its really easy to cook with.” The pit was open in the old days, but today it’s covered with sheets of cardboard to retain heat and moisture and cut down on fuel consumption.

While the rest of the meat is cooking, the barbecue crew likes to make special items for their own consumption. There were several coils of homemade sausage and couple of rabbits cooking that morning. 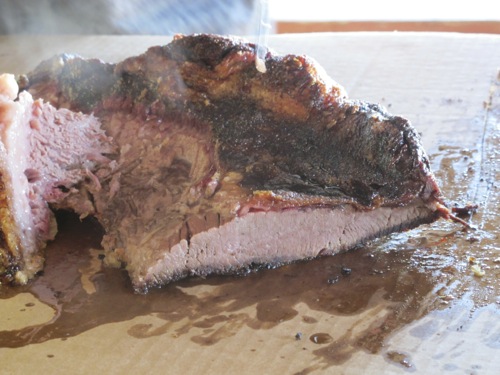 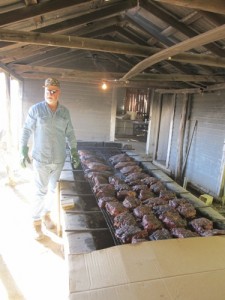 It was a rare honor to attend this event, interview the participants about old-fashioned barbecue and take down their mop sauce and barbecue sauce recipes.

I was gobsmacked to see that the centuries-old Southern barbecue tradition has been preserved in Texas.